Next stop the town of Symi. We sailed and sailed until the bay suddenly appeared and we saw white, red and orange houses in the classicist style around it. For the first time, I saw such geometrically arranged buildings embedded in rocks. 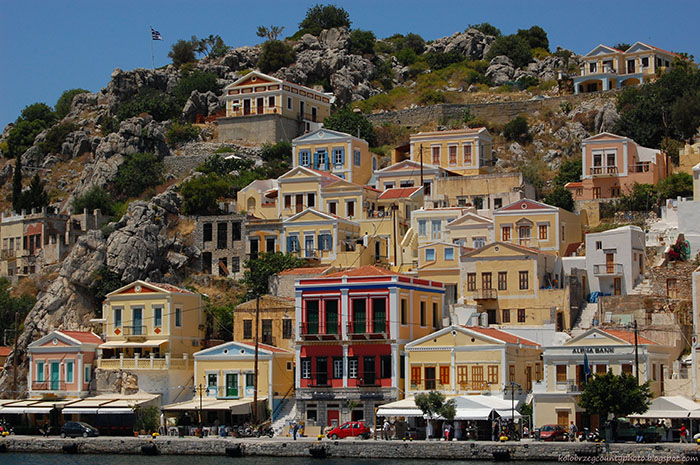 They literally stretch down to the water level.

The town of Symi is famous for sponge swimmers, although the best years are long gone. Today sponges are sold mainly as souvenirs because they were replaced by synthetic ones. Formerly, sponges were luxury goods. They were sold dearly, but catching them threatened the lives of daredevils. In the nineteenth century, when the moment of the island's greatest development fell, the divers had poor quality suits. They descended to a depth of  60 - 70 meters, and the air was pressed in by hand in a manual manner. Many of them suffered from cardiovascular disease and many died at an early age, but the desire for profit overcame fears.

The heat was pouring from the sky and we decided to go to Ano Symi.
Ano Symi is also called Ano Simi or Epáno Sími, which means Upper Symi.
Between the buildings, it goes over several hundred stairs, which regardless of the direction (if anything up) will lead to Kástro (the castle of Symi). 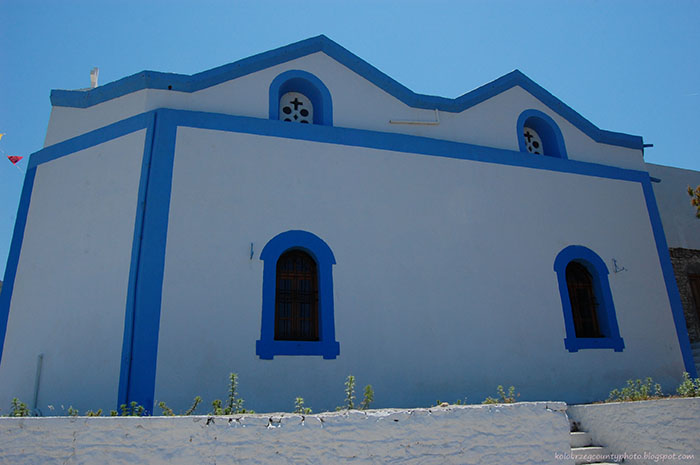 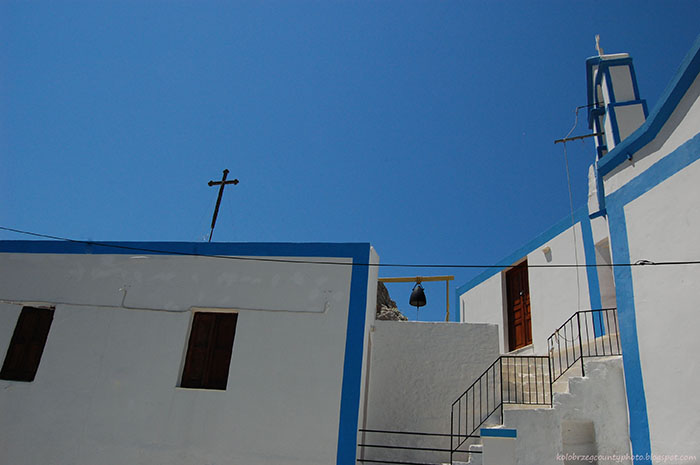 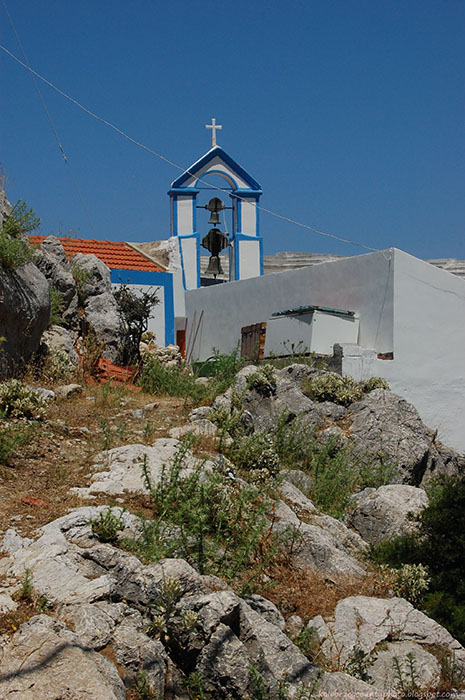 The stairs are called Kalistrata, and their beginning is not so easy to find. We asked for directions and of course, we came across our compatriot who works seasonally at Symi :)

Then we got lost anyway because we were heading to the Symi Museum. We thought that from there it would be easier to reach the top and also thought that we will visit it. Unfortunately, they were closed for renovation. The markings were hardly visible ... 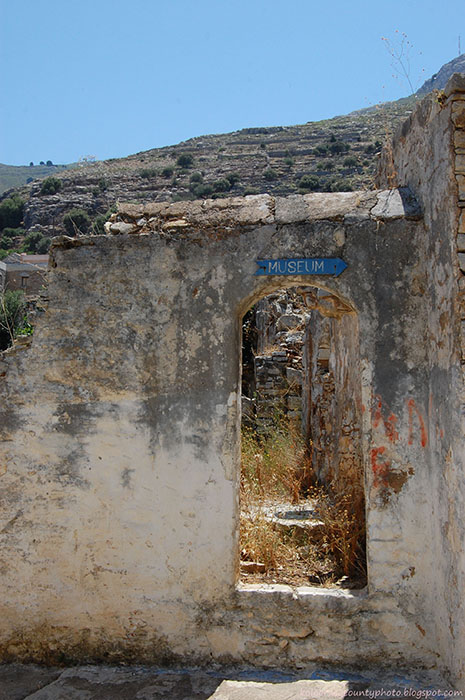 At the beginning of the route, we passed a large group of people, but at the castle, we rested alone. Or the rest of the tourists took other stairs :0) or gave up on the trip. You need to have a good physical condition to get to the top, but the effort is rewarded. The view stretching onto the bay is breathtaking. 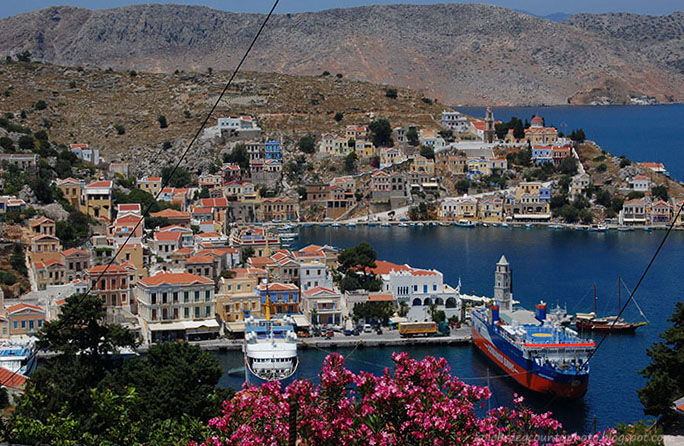 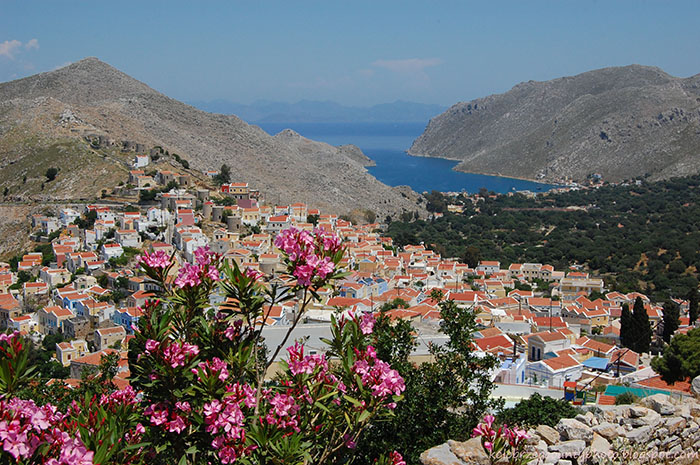 The return journey did not turn out to be easier. The steepness of the stairs made me almost sprain my ankle. And from such views, my head was spinning. 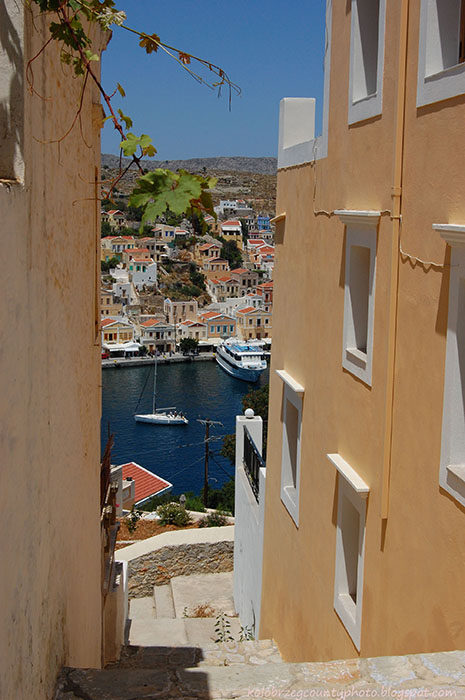 We passed beautiful, but dilapidated buildings along the way. It is a pity that they have not been restored. Probably, as usual, the lack of money caused such a state of affairs. 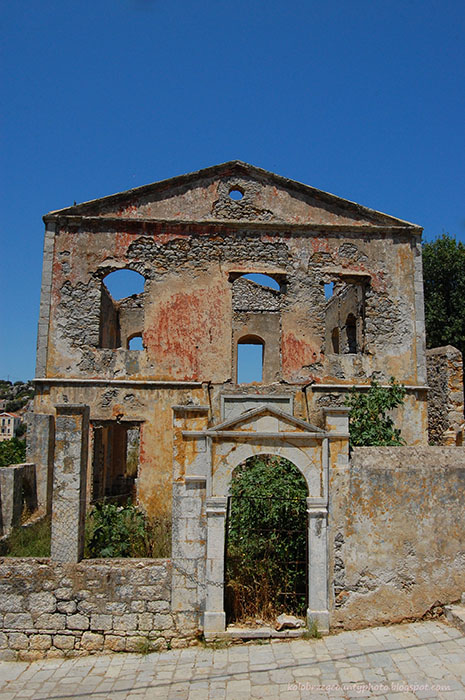 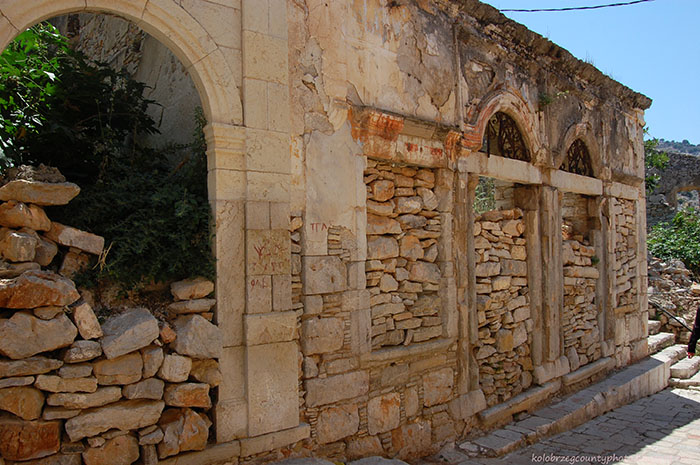 We had a moment to stroll in the harbour. It was so hot that we didn't even try the local cuisine. The wharf is filled with restaurants and souvenir shops. We met a very nice gentleman who asked in English where we were from. 'Poland' - we responded and that's when we heard almost pure Polish: Polska! Gąbka! Dobra cena! ('Poland! Sponge! Good price!').  I wonder in how many languages this salesman can say these sentences ... Unfortunately, we refused, because I had already bought souvenirs on the first day in Rhodes Town.
Also, remember to buy darker sponges, as the bright ones, although nicer, are treated with chlorine for discolouration. It should be mentioned that, in fact, the Greeks bring sponges from the Libyan coast and the Caribbean, because in the 1980s the sponges began to die out in the Aegean Sea for unknown reasons. It does not change the fact that the story of the sponge was born here :) 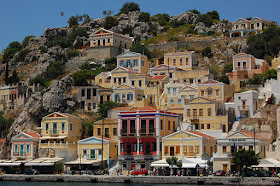 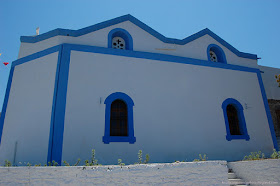 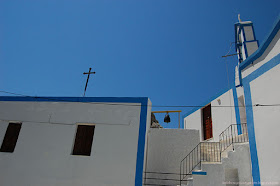 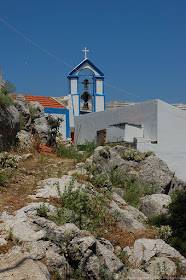 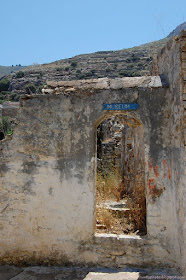 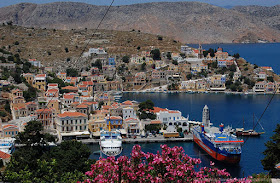 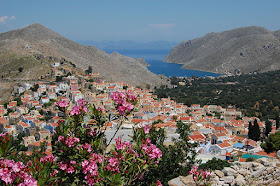 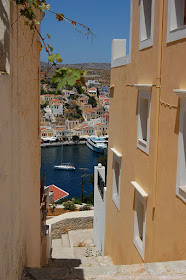 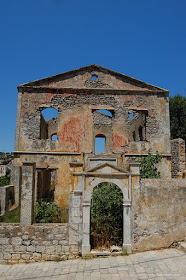 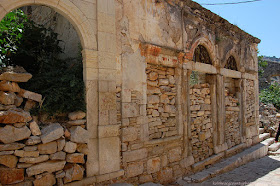