Language #1 - ENGLISH The next day we went to the island of Symi, known for sponge fishermen. It is located northwest of Rhodes, 8 km from the coast of Asia Minor. At its southern end, there is a village of Panormitis, where we saw the monastery of Archangel Michael. 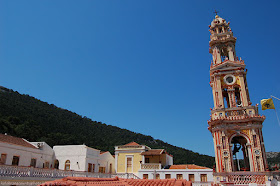 It was built in the eighteenth century in the Venetian style and has the highest baroque bell in the world. On both sides of the monastery, there are buildings erected after the Second World War. Once inhabited by monks, now rented partly by tourists. 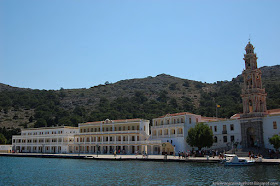 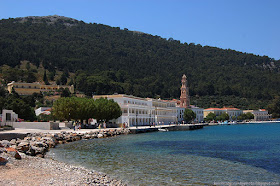 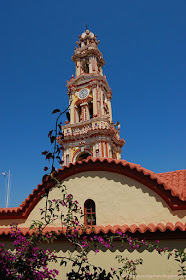 Near the monastery, there is a monument commemorating the abbot, two monks and two teachers. They were killed in 1944 because they had a radio station and could communicate with the Allies. 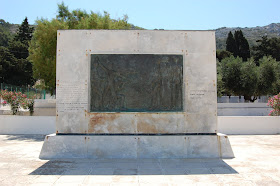 We sailed from Panormitis to the city of Symi, but this is another story ...

Linked to:
Through My Lens
Random-osity
Blue Monday
My Sunday Best - Challenge: VIEW

Linked to:
Through My Lens
Random-osity
Blue Monday
My Sunday Best - Challenge: VIEW